As if this vanity project isn’t already the epitome of self-indulgent narcissism, this week’s show will be chapter one of my two-part retrospective extravaganza closing out the first fifty years.  This week’s session is called “Son of a Son of a Tailor”, and will focus on the early years, starting with my carefree childhood days in Tuscaloosa, where my only concerns were fishing crappies in the Mighty Mississippi and perfecting my head-lock on David Diamond, and culminating with my first job singing back-up on Jimmy Durante’s final tour through the Borscht Belt in the mid-1980s.

Part two - airing December 16, and called “But I am Standing” - will reflect on my more recent adventures and periods of deluded enlightenment, from the off-off Broadway premier of my semi-autobiographical musical “530 CPAs”, through last week’s almost fatal acid reflux attack (though I intend to skip both my Israeli military stint and tenure as mayor of Tiny Town, as required by the non-disclosure agreements signed in conjunction with the related civil settlements).

All in all, it will be four hours of music and madness, spread over two Friday afternoons, as I play the songs that have troubled and comforted me through the first fifty years, and made me the vital, contributing citizen I am today, and hope to be for the next five decades.  Join me this Friday from 1 to 3 pm (Chicago time) at 88.9 fm, if you are lounging on the main campus of IIT, or streaming everywhere the internet reaches at www.radio.iit.edu

Broadcasting live, from the only room with the adjustable ceiling and built-in Jay-Mar Sansabelt waistband...

DJ Jon, curator
every word, I swear is true... 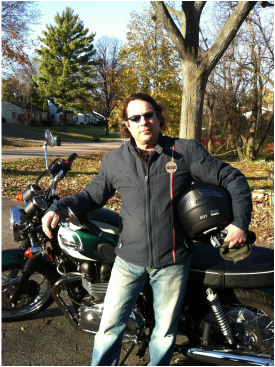